We hope you enjoy keeping up with the latest information from Uhl Turf. 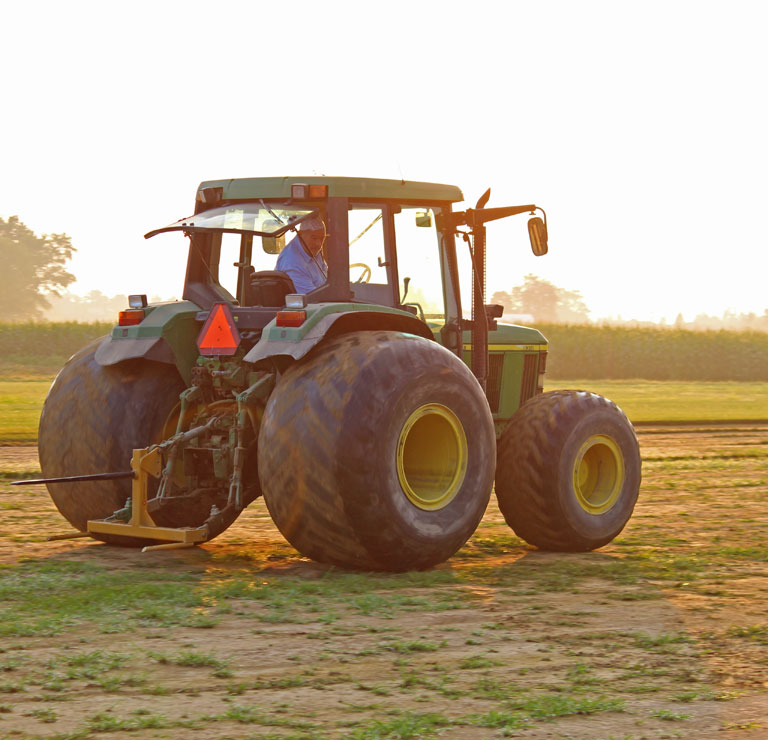 When you love what you do, you make sure that it keeps going. Jeff did just that. Customers were friends to Jeff, so many of you know that he lost his battle with Glioblastoma brain cancer in late February. This was a surprise to some as Jeff continued to work as long as he could - even if it meant wearing an odd device on his head. If it was going to give him more time with family, friends, and the farm he'd do it without skipping a beat. This photo was taken by his daughter early in the morning in the late summer of 2019 as the guys loaded an order of big rolls. Watching him continue to do something he loved brought her so much peace. When Jeff was diagnosed in August of 2018 we knew the prognosis was grim but he knew that Uhl Turf needed to and would continue. He spent the last year-and-a-half preparing James and Thomas - his two right hand men - to run the day-to-day operations, loosening the reigns bit by bit as he stepped back where needed. He taught me how to take care of administrative tasks and of course how to decipher the endless notes he's taken over the 34 years since he took over his father's business. James and Thomas have been successfully running the sod farm on their own this spring, and have continued to keep our customers happy and honor the business values and integrity that Jeff placed such importance on. Thank you, Jeff. 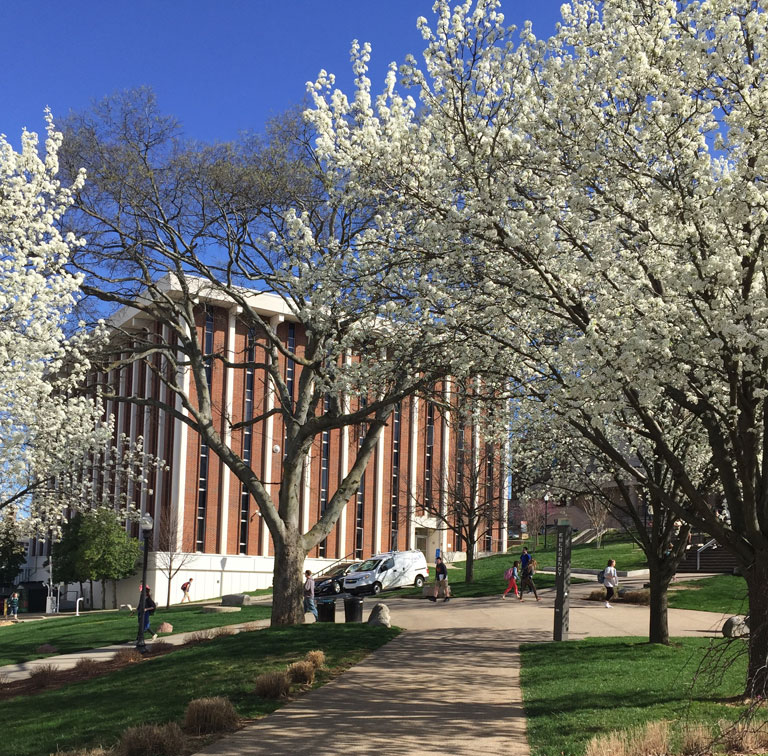 My daughter couldn't resist sending a picture of the WKU campus full of blooms this morning. Everyone has those tell tale signs of spring. For some it's buds in trees and forsythia starting to pop, or turning off the furnace and opening the windows for some much needed fresh air. For me, it's seeing the grass green up, sharpening the blades on the mowers and harvesters and cutting that first roll of sod. Well, spring has sprung at Uhl Turf. We are cutting, the sod is green, and we're ready to take your calls. 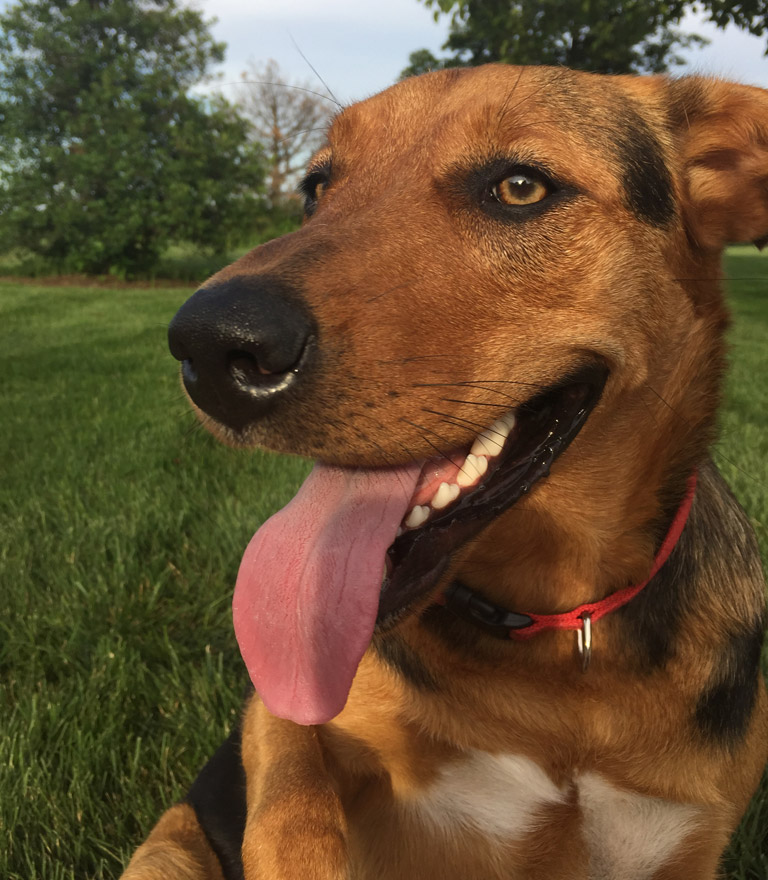 We get a lot of calls from dog owners who want to provide a lush green area for their best friend to enjoy and it's also not unusual to have customers bring their dog along with them to pick up their sod order. Our dog Izzy loves to roll in it, play in it and on occassion eat it. We know why rolling and playing is so much fun, but there are all kinds of theories as to why dogs eat it. Are they missing nutrients in their diet, stomache upset, or it simply tastes good. Bottom line, dogs love grass. We are happy to keep supplying sod for them to enjoy!

We listened!!! Many of our customers, (both retail and commercial) have asked us to start installing sod again. Ok, we got it, and we are doing it!! We've always been very particular about the way sod is installed. We're a family owned business and "doing things right" has been our attitude since my dad started the business back in 1959. So whether you need 2 yards or a semi full of big rolls, we are ready to deliver, and install both small rolls and big rolls. Of course, if you want to tackle your own installation, that's fine with us too. You'll find a handy simple calculator to help determine the amount of sod you need on our Do-It-Yourself page. 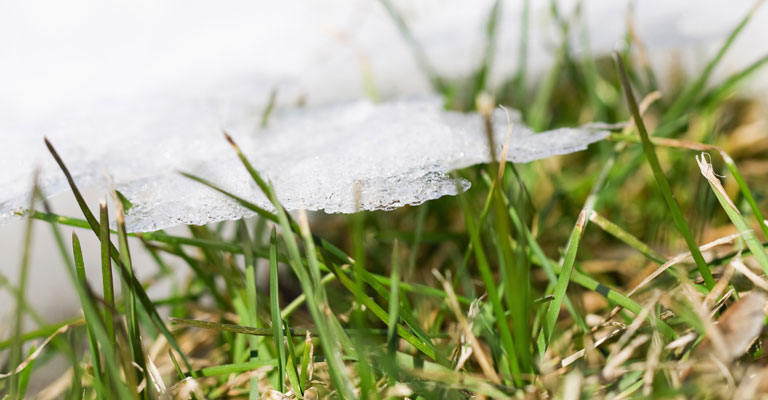 Spring is only days away (thankfully the snow is melting) and with it will come the beginning of mowing season. Do your lawn a big favor, as soon as conditions allow, mow your lawn about one or two settings lower than normal. I mowed mine before the recent winter blast at 2.5 inches. Your mowing height will depend upon how smooth your yard is, just experiment with the height so you don't scalp any spots. After mowing feed your lawn with 10-10-10 (ten pounds per 1,000 sq ft) and you'll give your lawn a big head start on the season with a faster more even green-up. 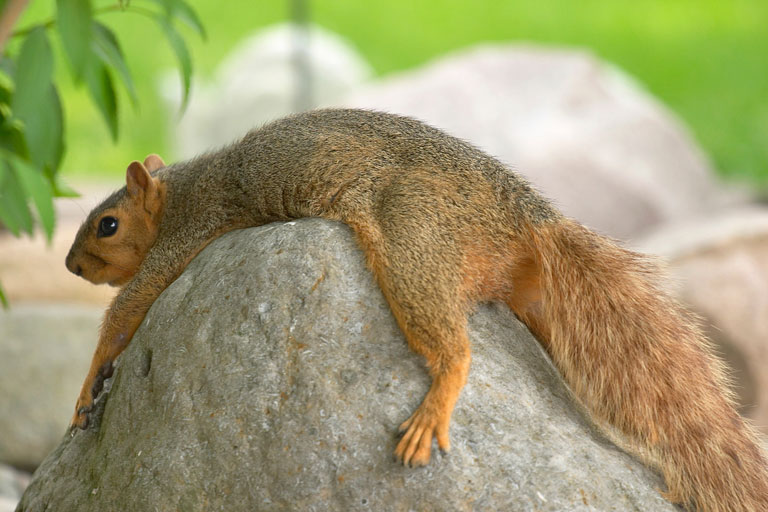 Well, well, well. It's National Squirrel Appreciation Day! In honor of all our squirrels we vow to continue to grow the type of lush green sod you love so much!! We have plenty of squirrels running around on our fields. I'm pretty sure they are trying to figure out how to keep us from harvesting the sod and delivering it to our customers. 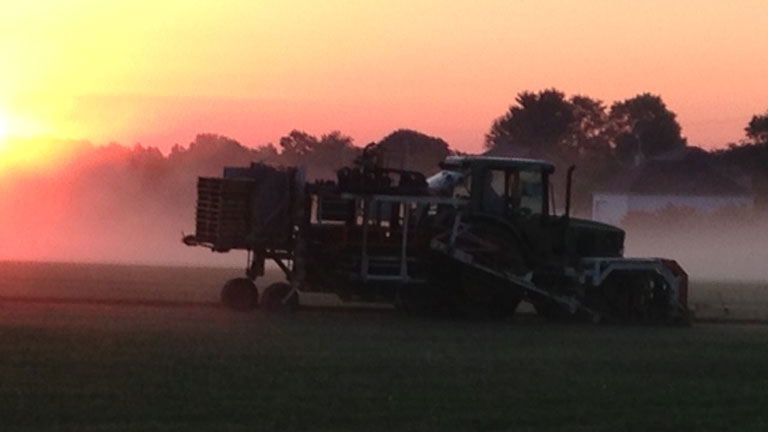 One of my favorite perks of my job is being out early in the morning cutting sod. This is a great time of year for your projects. The cold does not hurt sod and we will continue to harvest until the ground freezes solid. We are here for you whether you need a few rolls or a few acres. You also get the added bonus of not having to water the sod the same way you would earlier in the year.